Our proven litigators thrive in all types of challenging cases

Nationally recognized attorneys who currently serve as court appointed lead counsel in courts across the country and have been selected by the National Trial Lawyers Association as some of the Top 100 Trial Lawyers in Pennsylvania. Our attorneys have recovered over $500 million on behalf of their clients and class members.  Sauder Schelkopf also has a Law and College Fellowship program that serves students, who are seeking a career in the law or public service, with significant litigation experience in complex, high impact national litigation. 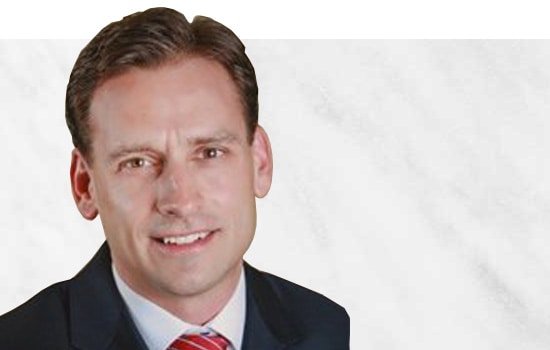 Joseph G. Sauder handles complex cases on behalf of individuals, victims of sexual misconduct, consumers, small businesses and employees. Mr. Sauder currently serves as court appointed lead counsel in state and federal courts across the country. He has successfully litigated cases against some of the largest companies in the world.

Mr. Sauder started his legal career as a prosecutor in the Philadelphia District Attorney’s Office where, from 1998-2003, he successfully tried hundreds of criminal cases to verdict, including sexual abuse cases. The Legal Intelligencer named Mr. Sauder in its 2020 Pennsylvania Trailblazers list recognizing 31 lawyers who “have taken extra measures to contribute to positive outcomes . . . and who are truly agents of change.” The Legal highlights Joe’s innovative work on advocacy as class counsel in large institutional sex abuse cover-ups, women's, and children's rights. Mr. Sauder has been repeatedly recognized by his peers. Since 2012, Mr. Sauder has been selected by the National Trial Lawyers Association as one of the Top 100 Trial Lawyers in Pennsylvania. Since 2011, Mr. Sauder has been selected as a Pennsylvania SuperLawyer, a distinction held by the top 5% of attorneys in Pennsylvania, as chosen by their peers and through the independent research of Law & Politics. In 2020, Mr. Sauder was selected to America’s Top 100 High Stakes Litigators® in Pennsylvania, comprised of the nation’s most exceptional trial lawyers for high stakes legal matters. The American Lawyer Media, publisher of The Legal Intelligencer and the Pennsylvania Law Weekly, named Mr. Sauder as one of the “Lawyers on the Fast Track” a distinction that recognized thirty-five Pennsylvania attorneys under the age of 40 who show outstanding promise in the legal profession and make a significant commitment to their community.

Mr. Sauder enjoys spending time with his wife and three children. He continues to play ice hockey, a sport that he started when he was 4 years old and has taken him around the world. He has also coached a number of teams over the years. 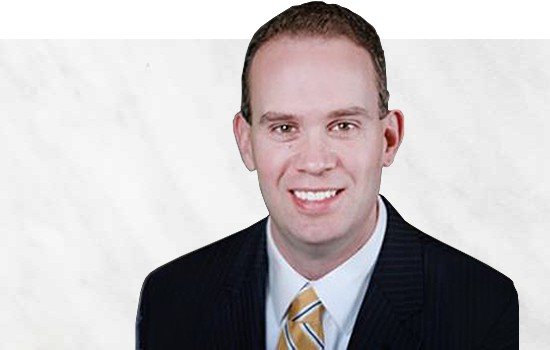 The Legal Intelligencer named Mr. Schelkopf in its 2020 Pennsylvania Trailblazers list recognizing 31 lawyers who “have taken extra measures to contribute to positive outcomes . . . and who are truly agents of change.” The Legal highlights Matthew’s work on behalf of clients who have been victimized by corporations. Since 2010, Mr. Schelkopf has been selected by Pennsylvania Super Lawyers as a Rising Star (a distinction held by the top 2.5% of attorneys in PA) and then a Pennsylvania Super Lawyer, as chosen by their peers and through the independent research of Law & Politics. In 2012, The American Lawyer Media, publisher of The Legal Intelligencer and the Pennsylvania Law Weekly, named Mr. Schelkopf as one of the “Lawyers on the Fast Track” a distinction that recognized thirty-five Pennsylvania attorneys under the age of 40 who show outstanding promise in the legal profession and make a significant commitment to their community. Mr. Schelkopf was also selected as a Top 40 under 40 by the National Trial Lawyers in 2012-2015. In 2020, Mr. Schelkopf was selected to America’s Top 100 High Stakes Litigators® in Pennsylvania, comprised of the nation’s most exceptional trial lawyers for high stakes legal matters. In 2021, he was selected as a Top 25 Products Liability Trial Lawyer and then as a Best Lawyer® in America in 2022.

Mr. Schelkopf began his legal profession as a criminal prosecutor with the District Attorney’s Office of York County. He quickly progressed to Senior Deputy Prosecutor where he headed a trial team responsible for approximately 300 felony and misdemeanor cases each quarterly trial term.

In 2004, Mr. Schelkopf then associated with a suburban Philadelphia area law firm, litigating civil matters throughout Pennsylvania and New Jersey. In 2006, he was co-counsel in a Philadelphia County trial resulting in a $30,000,000.00 jury verdict in favor of his clients – the largest state verdict recorded for that year. Mr. Schelkopf currently serves as a lead and co-lead counsel in numerous class actions related to product and automotive defect cases pending throughout the country.

Outside of the office, Mr. Schelkopf enjoys spending time with his family, mountain and road biking, skiing and restoring classic automobiles. Three of his auto restorations have been featured in nationally circulated automotive publications.

Joseph B. Kenney devotes his practice to litigation and has experience representing consumers in class actions involving automotive and consumer product defects, false and misleading advertising, securities litigation, employee rights, and other consumer protection litigation. Joe currently serves as class counsel on behalf of owners of fire sprinklers in Jackson v. Viking Group, Inc., No. 8:18-cv-02356 (D. Md.). Since 2017, Mr. Kenney has been selected by Pennsylvania Super Lawyers as a Rising Star (an honor reserved for 2.5% of lawyers in Pennsylvania), as chosen by his peers based on his professional achievements.

Mr. Kenney received his J.D., cum laude, from Villanova University School of Law in 2013. While at Villanova, he was elected as a Managing Editor of Student Works for the Jeffrey S. Moorad Journal of Sports Law by his peers. As a staff writer, his comment, Showing On-Field Racism the Red Card: How the Use of Tort Law and Vicarious Liability Can Save the MLS from Joining the English Premier League on Racism Row, was selected for publication in the Spring 2012 Volume of the Journal. Prior to law school, he attended Ursinus College where he majored in politics and minored in international studies. Mr. Kenny was also a member of the men’s varsity soccer team at Ursinus.

Outside of the office, Mr. Kenney enjoys spending time with his wife and dog, watching soccer, and reading. Mr. Kenney also ran the Chicago Marathon in 2017. 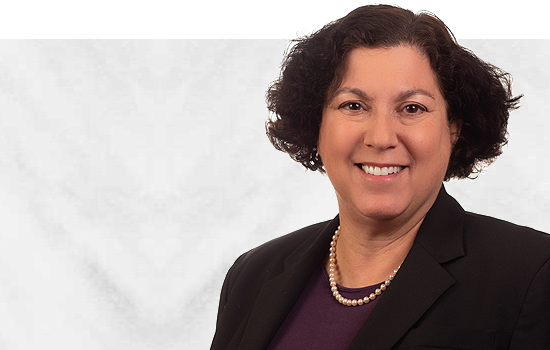 Ms. Kier has a broad litigation background, with nearly 25 years of service as senior attorney at the U.S. Environmental Protection Agency in Philadelphia. At the EPA, Ms. Kier developed and prosecuted enforcement cases (administrative and judicial) under multiple state and federal environmental statutes, including all aspects of litigation. She led various teams in developing enforcement initiatives, especially in the area of municipal and industrial stormwater. Statutory areas covered included: Clean Water Act, Emergency Planning and Community Right-to-Know Act, Federal Insecticide, Fungicide, and Rodenticide Act National Historic Preservation Act, Resource Conservation and Recovery Act, Safe Drinking Water Act, and Toxic Substances Control Act. While at EPA, Ms. Kier received numerous awards for her work, including an EPA Bronze Medal for the Revised Total Coliform Rule in Pennsylvania and Virginia; a Federal Executive Board Gold Medal for Scientific Achievement as part of a Perfluorinated Chemicals Investigation Team; and a US. Department of Justice Commendation Certificate for support of a Clean Water Act case against a steel manufacturer.

Prior to her time at EPA, Ms. Kier served as a staff attorney at the U.S. Court of Appeals for the Third Circuit and a Law Clerk to U.S. District Judge Fred I. Parker (D.Vt.). Ms. Kier has a law degree from the University of Pennsylvania Law School, where she participated in the Environmental Law Society and various clinical programs. She attended Middlebury College in Vermont for undergraduate degree, where she majored in Philosophy and participated in Student Government, Amnesty International, Ski Club and the Speech and Debate teams.

As an active participant in her local community, Ms. Kier is currently a member of the East Goshen Township Zoning Hearing Board and previously served on the Township’s Planning Commission. She has also served as a mock trial coach for two local high schools; as a judge for high school, college and law school mock trial and moot court competitions; and she currently tutors a DACA recipient in English. In her spare time, Ms. Kier enjoys spending time outdoors with her family, which includes her husband and two teenaged daughters. 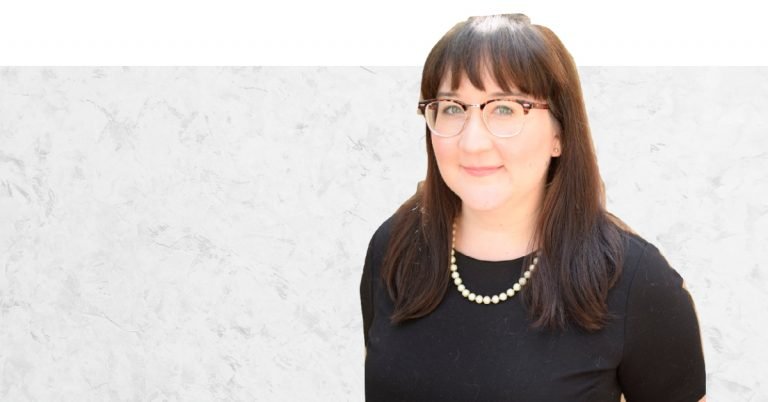 Alice is a graduate of Temple University James E. Beasley School of Law, with a Certificate in Business Law. She was a Law & Public Policy Scholar and a Weisman Fellow. Prior to working at Sauder Schelkopf, Alice interned with the Office of Attorney General in Pennsylvania, and with the U.S. Attorney’s Office in Washington, D.C. She has studied economics through the lens of law, written on the topics of Federal student loan debt and elder abuse financial frauds, and completed projects analyzing housing issues local to Philadelphia with the support of City Council and the Sheller Center for Social Justice. Valuing Temple’s vibrant scholarly community, she held leadership positions with Outlaw, the Asian Pacific American Law Student Association, and the Women’s Law Caucus. Out of a commitment to service, she participated in the Employment Advocacy Project, the Name Change Project, and the Pro Se Asylum Clinic—all experiences where she helped clients.

Alice holds a B.A. degree in Art and Gender Studies from the Johnston Center for Integrative Studies at the University of Redlands. As an undergraduate student, she studied in Prague and in Paris, where she focused on photography and European culture. Prior to law school, Alice worked in book publishing for five years. She learned the value of good design and cultivated an editor’s attention to detail. Driven to create great change in people’s lives, she has since harnessed her experiences in writing and storytelling for the study of law.

Outside of work, Alice enjoys cooking, the outdoors, and traveling as often as possible. 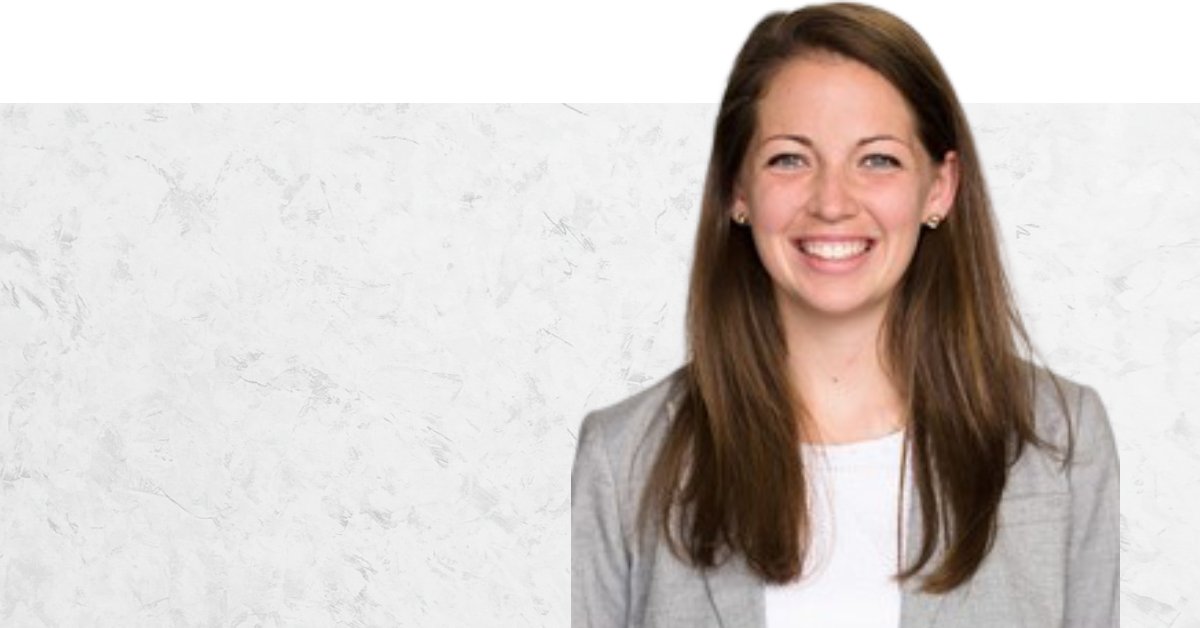 Megan is a graduate of Villanova University Charles Widger School of Law. Prior to joining Sauder Schelkopf, Megan worked as a student law clerk for U.S. Department of Labor Administrative Law Judge Theresa Timlin, and as a Policy Surveillance Intern at the Temple University Center for Public Health Law Research. Megan enjoys evaluating healthcare delivery and compliance through a legal lens and competed and placed second in the 2021 Roy Snell Health Care Regulatory and Compliance Writing Competition. Megan enjoys researching and writing on health law and public health law, and has written on the topics of vaccine mandates and privacy issues in women’s health technology. While in law school, Megan served in leadership positions in the First Generation Lawyers Group and the Women’s Law Caucus, served as a student attorney in Villanova’s Clinic for Asylum, Refugee, and Emigrant Services, and was a member of the Villanova Willard J. O’Brien American Inn of Court.

Prior to law school, Megan earned her Masters in Public Health from the University of San Francisco before working as a Program Specialist at the US Department of Agriculture. There, she provided guidance and oversight to SNAP programs in three states and SNAP Outreach programs in seven states, and developed programming to improve the use of SNAP benefits at farmers' markets. Additionally, Megan holds a B.S.Ed. in Athletic Training from the University of Georgia and spent time providing clinical services to volleyball, gymnastics, and football varsity teams both at UGA and the University of San Francisco.

Outside of work, Megan enjoys spending time with her family, running on the Schuylkill River Trail, and watching Georgia football.

Holding Companies Accountable for their Actions.